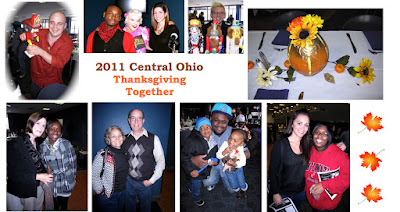 Many thanks to Angela Sattler for her article about this event, as published by Capital University's campus newspaper, Chimes.
Posted by Lisa at 3:39 PM No comments: 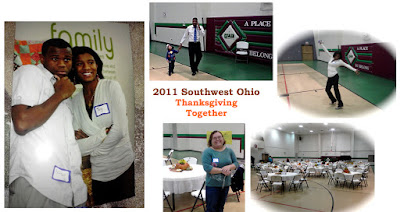 Many thanks to New Family Tree for their efforts to assist former foster youth in their efforts to develop and achieve the skills and abilities necessary to live independently through their Journey to Independence program.
Posted by Lisa at 3:38 PM No comments: 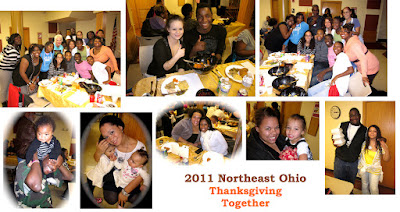 The event was featured in the Cleveland Plain Dealer. 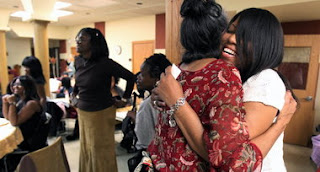 CLEVELAND, Ohio -- Dozens who grew up without family ties forged new ones Saturday at the annual Thanksgiving event for foster-care alumni from around the region.

The Northeast Ohio celebration was at Antioch Baptist Church, while two others were planned for Southwest and Central Ohio -- all under the umbrella of the Ohio Chapter of Foster Care Alumni of America.

It was a family-style Thanksgiving dinner for a really big family: roughly 90, most of whom had been in foster care before reaching adulthood and the rest, aged 16 and 17, still in foster homes.

For some, they renewed old acquaintances or made new ones. For others, they shared experiences. After the meal, there was an open mike session where they could sing, recite poetry or just talk about their experiences and the people who meant the most to them.

Lisa Dickson, founder of the Foster Care Alumni of America Ohio chapter and a founding member of the national organization, said the get-togethers have been going on since 2007.

The first one took place with Thanksgiving dinner on the steps of the U.S. Capitol, she said, to support the Fostering Connections to Success Act which passed the following year.

Betsie Norris, founder and executive director of Adoption Network Cleveland, explained the transition to adulthood for young men and women in permanent foster care can be difficult.

The youths in permanent custody have been taken from their parents by the courts. They are eligible for adoption into new families, Norris said, but the older they get, the less likely they are to get adopted, which leads to aging out of foster care.

Many will have been in numerous foster homes by then, often separated from birth siblings and permanently severed from parents. The process deprives many of them of the stabilizing influences of a permanent family.

Adoption Network Cleveland does not place children in adoptive homes, but brings together the resources to help them as well as helping them find their birth families when they reach adulthood.

Norris said that in 2004 there were 1,700 in permanent foster care in this county. The state-funded Adopt Ohio program helped cut that to 570, she said, but the number is at 680 this year and continues to creep up since the state cut off funds for the program in 2009.

Jurlee Thomas, 63, of Lorain had one of the most dramatic stories to relate Saturday.

"My mother was a foster child," she said, and so was she, as were her own six children. Today Thomas has eight grandchildren and six great-grand kids, all with their birth families.

Thomas said she remains in touch with four of her children and Adoption Network is helping her to find the other two. Meanwhile, she volunteers with ANC and the county "whenever I can."

"Being a foster child does not define who you are," Thomas said. "Your goals and aspirations define you. Foster care is just your house."

But the people who can best help foster youths transition into adulthood are others who have come out of the system.

"One foster child helping another," she said.

Terrell Howard, 18, was in foster care for 11 years -- with 13 different families. Today, he is studying criminal justice at a career college in Independence.

Joe Jackson of Children and Family Services said Howard testified before the Ohio legislature earlier this year, one of many who successfully argued against further child-welfare fund cuts.

"When he said he was going to college, he got a standing ovation," Jackson said.

The Thanksgiving feast, everything from cranberry sauce to turkey and ham, was dished up by a body of volunteer servers, who included Cuyahoga County Juvenile Judge Kristin Sweeney and County Councilwoman Yvonne Conwell.
Posted by Lisa at 10:32 AM No comments:

Once again, the NE FCAA OH Thanksgiving Dinner for Foster Care Teens and Emancipated Youth has truly captured the heart of what this event is all about…
Reminding those who have experienced foster care personally that they always have a seat at our table. 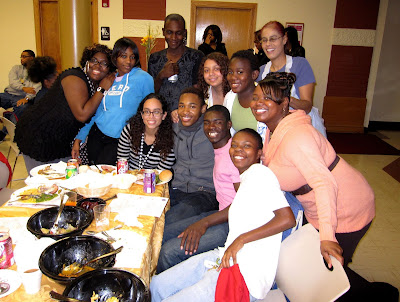 That it is an honor for us to stay in touch with them, as they enter into young adulthood, find their places in this world, and move beyond the shadows of their past to build bright futures and families of their own. 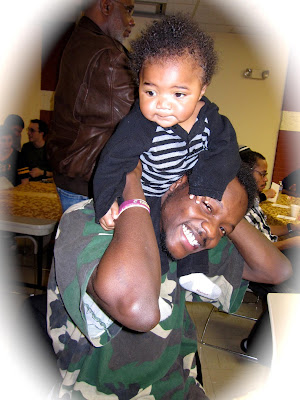 We want our young people to know that their voices, talents, insights and mutual encouragement are what lies at the heart of this celebration… 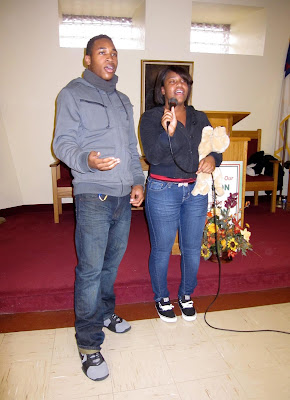 Many thanks to each of you for your role in hosting a Thanksgiving celebration that fulfills its purpose, and has our young people eager to return each year.
Words are simply not enough to express my gratitude.
Sincerely,
Lisa Dickson,
Foster Care Alumni of America, Ohio chapter
Posted by Lisa at 10:25 AM No comments: 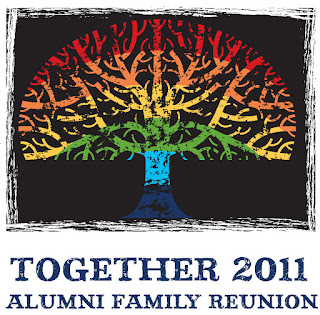 A place where foster care teens, emancipated youth and adult alumni are always welcome.
Having experienced foster care ourselves, we know that holidays can be difficult.
Let's come together - share our strength and insights, rejoice in how far we have come.
Let's encourage one another for the next step in the journey....
Every year since 2007, Thanksgiving has been a time for Ohio foster care youth (ages 16+), alumni and allies/adult supporters to gather together.

This year, the Ohio chapter of Foster Care Alumni is holding three Thanksgiving events, with help from our valued supporters:


FINAL NOTE OF THANKS:
The Ohio chapter of Foster Care Alumni of America wants to express our appreciation, once more to the Dave Thomas Foundation for Adoption, for their generous donation towards the cost of all three FCAA Ohio Thanksgiving Events.