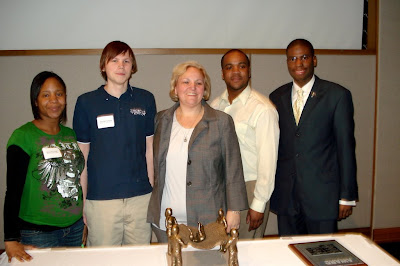 This is what Lisa shared:

Foster Care Alumni of America is a national organization made up former foster youth and advocates like Doris who care about the future of young people aging out of foster care.

In the spirit of our collective voice I will be speaking not only on behalf of myself, but also sharing the words of Gabriel Koshinsky, FCAA Ohio Operations Chair, as well...

As Gabe wrote: "Doris is a leader in the truest sense. She could get hit by a semi and get up in 5 seconds flat. She is a leader and a fighter. The character of a person can be seen in where they invest their time and energy."

When I think of Doris, I see her in action:

- I usually picture her in a van, barreling down the highway, transporting young people from one destination to another.

- But whatever the destination, I can feel the excitement – and it reinvigorates me!

Doris is one of those people who always seems to be in action, even when she is standing still.

If she is sitting in a chair, then she is probably coming up with creative ways to finance resources for young people, and helping other counties learn to streamline their resources as well.

Or she’s poking the person sitting next to her, probably a young person, saying: 'You need to get up there and say something! You have something important to say.'

And Doris is one of those people who always give their all, doing things like:

- Not only co-hosting the FCAA Ohio Thanksgiving Reunion for young people who lack family connections, but bringing her entire family to be a part of it.

Trust comes slowly for those of us who have experienced so many losses and broken promises in the past. And yet we trust Doris. Why?

Because for so many young people, Doris is their only sense of home… She is always available for them, she firmly believes in their abilities, and she committed to paving the way for their future success.

We live in times of danger and uncertainty. Times when the very resources needed to support young people transitioning into adulthood, such as TANF-IL funds, are being stripped away.

But these times are also more open to creative energy than at any other time in history.

Doris exemplifies the type of vision, courage and personal commitment that young people in and from foster care need during the launching period of their lives. As they are catapulted into adulthood:

- They need someone like Doris, who does not acknowledge the word “barrier,” but finds a way to MAKE things happen

- They need someone like Doris who believes that children services is a job that is 24 hours a day, 7 days a week

- They need someone who does not just speak FOR them, but who empowers them through advocacy training to speak for THEMSELVES

- They need someone who gives them HOPE. It is the advocates in our lives who make a difference.

In a speech in South Africa in 1966, Robert Kennedy said: “Each time a man stands up for an ideal, or acts to improve the lot of others, or strikes out against injustice, he sends forth a tiny ripple of hope.

“Crossing each other from a million different centers of energy and daring, these ripples build a current that can sweep down the mightiest walls of oppression and resistance. “

I agree wholeheartedly with Gabriel Koshinsky that: “We often think of a hero as some comic book character, perhaps a General or great historical figure.

"But this room is filled with heroes. When faced with challenges, each person will ultimately make the choice to be a hero, or to surrender to be a spectator.”

So I will end with an invitation to each and every person in this room. You are invited to be a part of the Ready to Launch movement in Ohio. Ask Doris, and she will tell you all about it!

Nothing would make Doris more happy than a public awareness campaign about the needs of young people transitioning to adulthood – and once again, that is why she is my hero.
Posted by Lisa at 9:21 AM No comments: 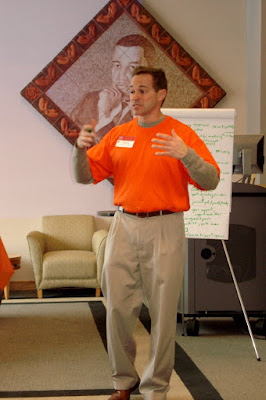 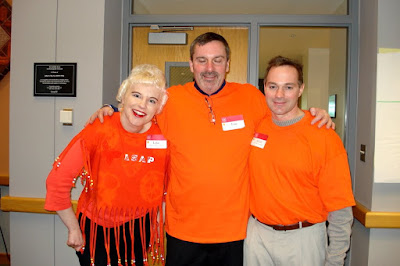 On Jan. 31st, Lisa Dickson co-facilitated an all-day workshop at OSU for professionals and youth from Starr Commonwealth, Viaquest, YEP and Rahab's Hideaways.

The first two organizations work with foster care youth, the youth from COHHIO's Youth Empowerment Program will have experienced homelessness at some point in their young lives, and Rahab's Hideaway works with young people who have sought survival in the past by turning to the sex trade.
Posted by Lisa at 4:51 PM No comments: