2009 Thanksgiving Together in Ohio 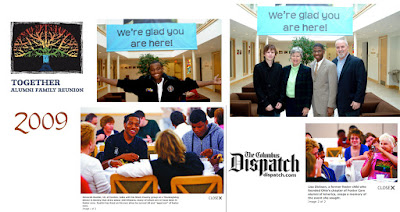 In 2009, the location of the statewide Thanksgiving dinner was changed from Dayton to Columbus, in order to make it possible for more foster care youth and alumni throughout the state to attend. Here is a link to more photos.

We appreciated that Ohio First Lady Frances Strickland took out of her busy schedule to participate in this statewide gathering of current and former foster youth. Our 2009 Thanksgiving Together was featured in the Columbus Dispatch and broadcast on 10-TV and Fox News. 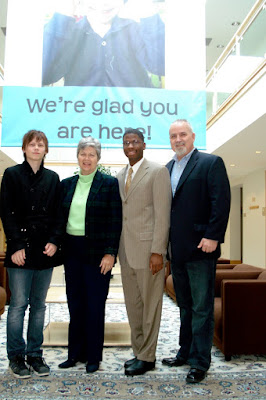 Many thanks the sponsoring organizations that made this year's Thanksgiving event possible:

2009 Foster Care Thanksgiving in the Dispatch 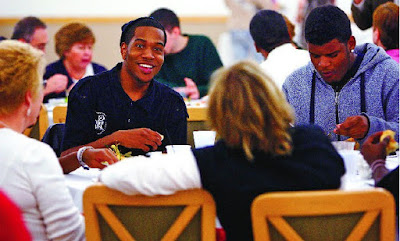 SHARI LEWIS | Dispatch
Riccardo Rushin, 19, of Canton, talks with his Stark County group at a Thanksgiving dinner in Bexley that drew about 100 Ohioans, many of whom are or have been in foster care. Rushin has lived on his own since he turned 18 and "aged out" of foster care.

They might have nowhere to go Thursday, or somewhere that feels safe but is only temporary.

Young people who've known the hardship of living without family and who've been challenged to find strength despite a shaky foundation found communion yesterday at a meal that came four days before the holiday but embodied its spirit.

Thanksgiving is about family. It's about grace and gratitude.

For foster children and young adults who've moved beyond their temporary homes, family in its conventional sense can be elusive.

About 100 people from across the state, many of whom are in foster care or recently "aged out," as they say, gathered yesterday afternoon at Agudas Achim, a Bexley synagogue.

Thanks to the kindnesses of others and the dogged advocacy of former foster child Lisa Dickson, they found camaraderie and Thanksgiving.

Dickson founded the Ohio chapter of Foster Care Alumni of America. She's 36 and has a family of her own, but she remembers the feeling of isolation that could accompany the holidays, particularly when she was a young adult.

"There wasn't a family to come back to; there weren't those roots," Dickson said.

"For a lot of people, the holidays can be the loneliest part."

In and of itself, being a foster child can be lonely, said Alex McFarland, who is 19 and president of the Ohio youth advisory board. He said it's worse when those outside the situation misunderstand.

The meal yesterday offered an opportunity to meet new people and learn about opportunities for foster children. It also gave guests the chance to reclaim the sense of belonging.

Dre Williams, who is 18 and lives in a foster home, and Kadeem Monroe, who is 19 and on his own, came to Columbus with a group from Stark County.

"I don't know how many days I felt like I was the only foster child in the world," Monroe said.

People who aren't part of the system don't understand the challenges or the emotional burdens or even how foster care works, the two said.

Williams said he wishes more good people would embrace children who can no longer live with their families, and that fewer people would invite foster children into their homes primarily for the money.

He's now living with Jodi Wilson, who has been a foster mom to 14 kids over 17 years. She maintains ties with many of them, and has a warm rapport with Williams.

"These kids are alone, or I believe they feel alone," said Wilson, who also works as supervisor of Stark County's independent-living program.

Bringing them together as a family of sorts is important, Wilson said.

"They have a common language, common experiences," she said.

SHARI LEWIS | Dispatch
Lisa Dickson, a former foster child who founded Ohio's chapter of Foster Care Alumni of America, snaps a memory of the event she sought.
Posted by Lisa at 7:15 AM No comments:

For our 2009 Thanksgiving gathering, we are partnering with the faith community and Capital University to host a Thanksgiving Seder for Foster Youth.

We welcome foster care youth, alumni, and allies/adult supporters, as well as active members of the Jewish community to attend.

Please RSVP to our 2009 Thanksgiving Invitation 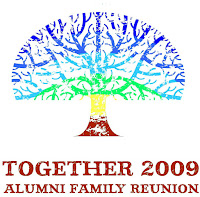 Sponsors:
Congregation Agudas Achim is welcoming us into their Social Hall. Capital University Student Government is contributing to the cost of food. Catering by Scott is providing us with a generous discount. We are also receiving support from the Jewish Student Union at Capital.
History of this Event:
For young people in and from foster care, the holidays are often a harsh reminder of lost connections. We miss the comfort of knowing we have a place where we are always welcome, year after year.

For this reason, for the past three years, Thanksgiving has been a time for Ohio foster care youth, alumni and allies/adult supporters to gather together.

In 2007, foster care alumni from all over the nation came Home for the Holidays to Washington D.C., to remind "our parents," the federal government about the need to foster connections to success.

In Ohio, our 2008 Thanksgiving event was sponsored by Montgomery County Children Services and the VISION Youth Advisory Board: 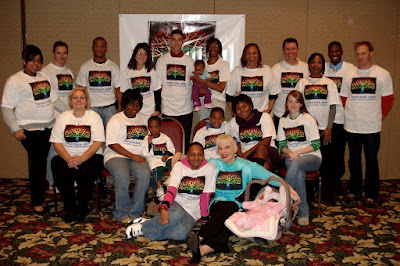 In 2008, OACCA assisted with the cost of meals, and PCSAO agreed to reimburse travel expenses.
Posted by Lisa at 5:17 AM No comments:


During the Governor's second of two Ohio Summits on Children, foster care youth and alumni shared their insights during roundtables on: